I have this terrible dilemma that makes me hesitate to write in my blog: a lot of what I write, I write for friends in Chile as well as here in the States. A lot of them don’t speak English, so I’m hesitant to write at all.

Not really a good situation to be in, because I rather enjoy writing, as it helps me relieve stress. I’ve tried using simple free tools to translate, but short of hiring a translator, or simply translating and posting again, I don’t really have a solution. Anyone have an idea?

In any event, life sure has been crazy! Things have finally calmed down, which means I have time to spare, meaning… 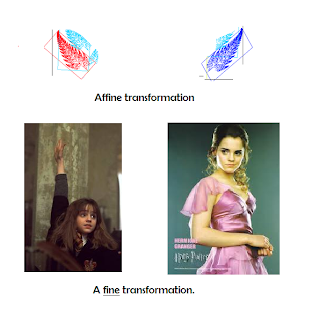 (As a side note, yes, Emma Watson is pretty. No, she’s not my celebrity crush. That’s Taylor Swift.)
(As another side note, a special thanks to wikipedia.org, http://harrypotter.wikia.com/, and http://www.fanpop.com/ for the images above)
That’s really it for now!

So it’s finally finals week. I’d like to take a moment to tell everyone DON’T PANIC.

And don’t worry, for those of you paranoid students with serious insomnia like me, here’s Gandalf to provide you some study motivation: YOU SHALL NOT PASS.

But in all seriousness (or non-seriousness, as it be), take a moment to put things in perspective. Your life does not hinge on whether or not you pass a class. If the worst thing that ever happens in your life is having to repeat a class, you have a pretty durn awesome life.

Everything happens for a reason! Trust that. If you’re trying to do the best you know how, things will work out. Not maybe how you want, but always how they need to be. Don’t be afraid to fail. To take chances. To jump when you need to. and hold back when you need to as well. Trust that there’s a higher power driving things. Call it what you will.

I don’t ever talk about things like pet peeves much. In fact, I really try not to have pet peeves at all. But recently, I came to the conclusion that I do, in fact, have one pet peeve that drives me crazy, and that is people who are “nice guys” and “nice girls”.

Let me explain. Being a nice guy isn’t nice at all. In fact, it’s usually downright fakery. A charade. A masquerade. A hoax. A sham. KaBLaM! (It rhymed…I had to do it!)
For example, people who shrug off compliments by criticizing their own work, e.g.,
“Hey, you did a great job on that painting.”
“Thanks. I kinda feel like it’s a bit dull though.”
TAKE THE DURN COMPLIMENT AND MOVE ON. Don’t take it as an excuse to degrade yourself, which really indicates low self-esteem, and you could even just look at it as fishing for compliments, even if that’s not what you mean to do.
Life’s hard enough without you beating yourself up over your own mistakes. Feel free to tell that obnoxious voice in the back of your mind that it can shut up and go jump off a cliff. After all, it’s just an annoying voice. If has no feelings. You’re the one with the feelings, and quite frankly, you have the right to be as happy as you choose to, and Mr. Stupidface McDegrading can go fly a kite. On the moon.
So choose to be happy and stop being a nice guy. Be yourself. Be the best you you can. Be the kind of person that makes everyone else want to be a better them. That’s all anyone really wants from you.
Being “nice” isn’t nice. It’s frustrating. Why does this frustrate me so much? Because I do it. So if you catch me being an obnoxious nice guy, go ahead and call me out on it. I really won’t mind. And everyone – you, me, Mr. Rogers, Mr. T, Mr. Mister, and even your imaginary pet cat Mr. Fluffycuddlekins – will be happier.
So please, do everyone involved a favor. Choose to be yourself. Stop beating yourself up. You’ve got enough problems as it is without becoming your own worst enemy.
Instead, read this. No, really, read it. It inspired this post, to some extent.
It’s time for a shameless plug on my part for anyone who’s trying to decide on what classes they should take. So today I got bored and decided to take a look at easy languages to learn, and guess what I found?
Apparently Afrikaans is one of the easiest languages for English-speaking natives to learn. The Afrikaans program at BYU is currently floundering as far as I understand, and frankly, having taken just one semester of it, I find that saddening. Afrikaans is kind of what I’d call a gateway language. It’s basically Dutch for kindergartners. It’s only got three verb tenses, so learning it is almost entirely vocabulary – which is to say it’s super easy. Easier than Spanish. For real. I’m currently brushing up on my Afrikaans using Google Translate and the Book of Mormon. For pronunciation, Google Translate doesn’t work well, but it’s really good for getting just what you need – the vocab.
And since it’s a Germanic language, you can understand several other languages – my brother is currently learning Norwegian, and a lot of the words carry over. Checking out that same list, you’ll be able to understand the Danish and Swedish to some extent, not to mention the Dutch.
So for those of you who’re still struggling with class selection and have a huge hole to fill, pick Afrikaans. Do it. Nine times. Even a single semester of it you won’t regret, because it gives you a huge in to other Germanic languages.

So if you haven’t looked at it, you should totally check out my friend Staci’s blog. Especially if you’re in need of a good laugh. Or a random story that has absolutely nothing to do with anything. Except narwhals.

In recent news, I have recently stumbled upon the joy that is stumbleupon.com. Turns out that when you drop off the face of the planet for two years, you miss out on some cool stuff.

Life, in all its wondrous twists and turns, sometimes leaves us in places we’d never expected to arrive. Perhaps it’s a sudden illness, or a freak spider bite on your foot, a failed class, a lost job, or, perhaps, a lost loved one.

It’s full of joys and sadness.

I’ve been giving a lot of thought this past week as to the purpose of life. If God is omniscient, and life is a test, it seems to me that there would be no real point on God testing us to see if we would be obedient. Fact is, He knows us perfectly.

God knows our flaws. He knows our strengths. He has placed each of us in situations perfectly tailored to equally test each and every one of us. From God’s perspective, there is no real need of a test, or even judgement if you think about it.

And yet both exist, sure as the sun rises.

The test isn’t so we can prove to God that we’re willing to be obedient. It’s to prove it to ourselves. A very famous Spanish saying translates roughly to, “Between word and deed there’s a big ditch.” Saying we’d do something is far different than actually doing it. It requires effort to cross the metaphorical ditch to doing.